Going on a West Coast trip can be tough for an Eastern Time Zone team.

The Washington Capitals returned home earlier this week from a four-game road trip on the other side of the country, including two back-to-backs. The trip was successful, with the Capitals going 2-1-1, but it ended on a sour note with a 5-2 loss Sunday to the Seattle Kraken.

However, just as difficult as the jet lag out west is the potential for sluggishness in a team’s first game back home, Washington coach Peter Laviolette said. That’s why the coach was glad to see Washington come out hot Wednesday against visiting Montreal — getting off to a quick start that propelled the Capitals to a 6-3 victory and into a tie for first place in the Metropolitan Division at 12-3-5 (29 points).

“There’s always, for whatever reason, that home game that sits there after a long road trip,” Laviolette said. “Oftentimes, it doesn’t go the way you want, so to get that first period [and] play the period that we wanted to play, I think that was really important because it just set the tone for the day.”

Overall, Washington has played well in the first period this season. Aside from a few hiccups, Laviolette said he’s been pleased with his team’s readiness and effort in the game’s initial 20 minutes.

Recently, though, the Capitals have taken that success to another level. In each of the last three games, Washington has scored on its first shot on goal.

Against San Jose, Conor Sheary scored just two minutes into the game. In Seattle the next day, while the Kraken ended up handily winning, it was Tom Wilson who drew first blood over three minutes into the contest. Then, about four minutes into Wednesday’s game, Nic Dowd was the first of three Washington players to find the back of the net in the first period.

Multiple Montreal players noted the challenge they faced after Washington’s quick start, showing what happens on the other side of the coin when the Capitals play well in the first period.

“I think that first goal’s pretty important on the road, getting off to a good start,” said Montreal winger Cole Caufield. “Sometimes we have slow starts, and it’s hard to get back into the game.”

Washington has seen success in all three periods, but the first period has arguably been the team’s best. The Capitals have scored 24 first-period goals, two more than their second-period total and one off their 25 third-period scores, although the final period total is often inflated by empty-netters.

Defensively, Washington has allowed only 12 goals in the first period, as the Capitals have led or tied through the initial 20 minutes in 17 of their 20 games. Led by goalies Ilya Samsonov and Vitek Vanecek and a healthy group of blueliners — compared to their banged up forwards — the Capitals have shut out their opponents in 11 first periods so far this season.

“I think that helps in a lot of games,” said second-line defenseman Nick Jensen, who was one of seven players to register an assist in the win over Montreal. “When we can come out on top in the first period and surprise teams with our intensity and our speed, I think that’s very important and it kind of sets the tone for the game for us. So that’s good to see.”

It hasn’t been perfect for Laviolette’s squad to open games, though. Earlier this month, Washington lost to Philadelphia for its third straight defeat, getting outshot in the first two periods and falling behind 2-0.

“We were sleeping in the first and got outworked in the second,” Laviolette said after the game.

“I think earlier on we were having a little trouble,” Jensen said Wednesday. “There was a series where we were having some trouble coming out and being ready for the game.”

Jensen said there’s no way to know going into a game on whether the team will start fast. Instead, the momentum starts with the first shift and goes from there.

“It’s just all about each player going out there on his first shift and working as hard as he can to win that first shift, setting the tone for the next shift,” Jensen said. “And then it’s just one shift at a time. That’s why this is the toughest league to play in. Every team is good, and you’ve got to be able to come out ready to go.” 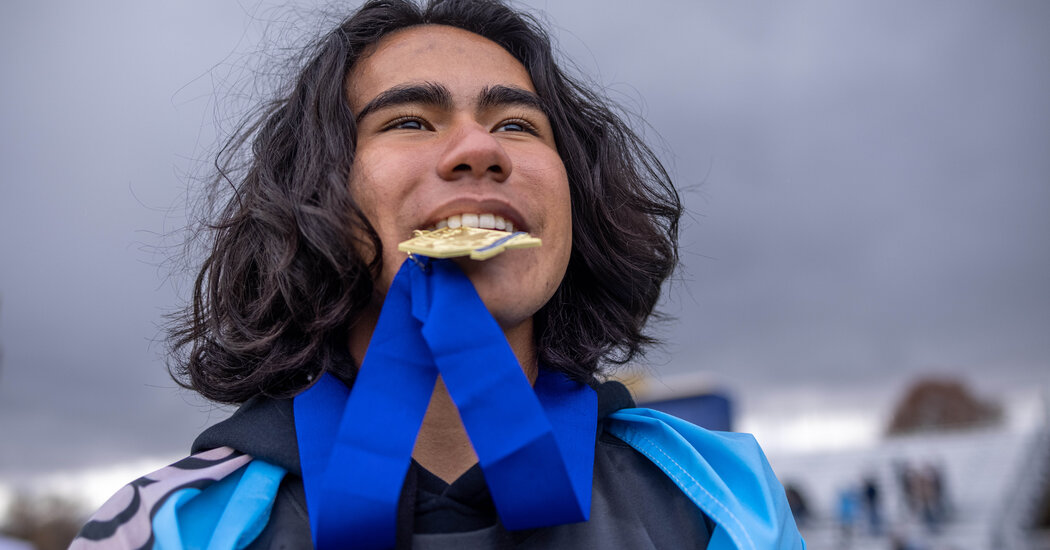 For Ku Stevens, Running Is a ‘Profound Act’